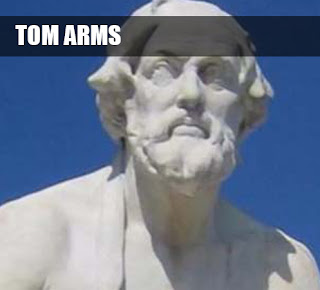 What, you may ask is the Thucydides Trap? It is apolitical/military term coined by American academic Graham Allison in 2012 towarn against the inevitability of war between China and America.

It was based on the work of the Greek historian Thucydideswho explained that the Peloponnesian War (431-404 BCE) was the result of agrowing power (Athens) rising to challenge the supremacy of the establishedpower (Sparta) to such an extent that the only possible resolution was war.

The scenario has been used to explain the causes of severalconflicts throughout history including World War One (Germany challengingBritain) and World War Two in Asia (Japan challenging the US).

Not all of the contests have resulted in an exchange ofblows. The Soviet challenge was successfully contained at the Cold War stage.This was partly because of the nuclear-based Mexican stand-off and partlybecause the Soviet system failed to develop an economic model that challengedAmerican supremacy.

China has the economic model in spades. Between 2004 and2014 its GDP skyrocketed from $5,760 billion to $18,228 billion while the USwent from $12,275 billion to $17, 393 billion over the same period. Militarily,Beijing still trails behind the US, but it is coming up fast and challengingAmerican hegemony not only in East Asia but also in Africa, and even Europewhere the prospect of lucrative trade deals and cheap manufactures speaksvolumes.

David Cameron, for instance, did his best to usher in a“Golden Age” of UK-China relations, and trade with China was seen by Brexiteersas one of the cornerstones of a successful post-Brexit world. In 2017, Chinasurpassed the US as Germany’s largest trading partner outside the EU. Beijing’sBelt Road initiative is heavily targeted on Europe and the Chinese haveacquired a controlling interest in the strategic port of Piraeus to ensure itssuccess.

The seemingly inexorable rise of China has led many of theleading figures in the Trump Administration to press for a showdown with Chinabefore it is too big to topple. Former National Security adviser Steve Bannonvoiced their policy in February 2017 when he said that within the next five toten years there would be a war between the US and China. “There’s no doubtabout that,” he declared.

Trade wars, economic sanctions, and coronavirus conspiracytheories coupled with President’s Trump’s insulting and bellicose tweets appearto be designed to isolate China and push it towards breaking point. Britain’sdecision to dump Huawei and possibly other Chinese projects was a big win forthe Trump Administration.

The Chinese have not helped. Threatening retaliation for Britain’s jettisoning of Huawei has only reinforced the belief that the company is a techno tool of the Chinese Communist Party. Then there is the issue of human rights in Hong Kong. The much-vaunted policy of “two systems in one country” now lies in tatters in the streets of the former British colony. The next big test could be Taiwan where Tsai Ing-wen has been re-elected president on a promise to take the island to de jure independence from China—a move which Beijing has warned is “totally unacceptable.”

The economic fallout from the coronavirus pandemic only addsto this gathering perfect storm. The world economy is expected to shrink byanywhere between 3.2 percent (IMF prediction) and six percent (OECD prediction)this year. The US is better placed than most to weather the whirlwind. China’sheavy dependence on external trade makes it more vulnerable to a global downturn.

The generally accepted belief is that China takes the longview. Hong Kong and recent pronouncements from Beijing indicates that the viewis shortening. China is an autocracy. The continued existence of its leadershiprelies on its ability to provide bread and circuses to a compliant population.If a democratic government fails to deliver it is voted out of office. If anauthoritarian leadership fails then they can end up swinging from thelampposts—another incentive for Xi Jinping to shorten his view.