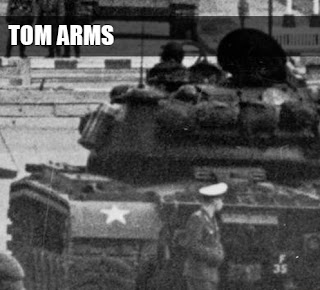 We are heading for Cold War Two. Some say we are in it. Either way, it will touch every corner of the globe—as did its predecessor— as the main protagonists’ battle against each other for the hearts, minds, military assets, trade deals, access to resources, political influence and strategic positioning of third countries.

Cold War I was the US v. the Soviet Union. Post-World War Two Europe was the initial cockpit and Western Europe were America’sjunior partners. China was the Soviets subordinate for several key years, butthe inflated national egos of the two countries and their joint occupancy ofthe Eurasian land mass led to the inevitable falling out.

Cold War II is different. The focus is now Asiawhere communist China threatens to replace America as the hegemonic power.Russia is now China’s junior partner and has dropped several places onWashington’s worry list. It is economically stunted but remains a belligerentmilitary giant, which means it should be of greater concern than currentlyrated by Washington.

The biggest difference between Cold Wars One andTwo is that China has succeeded economically far beyond the dreams of the oldSoviet Union. This has enabled Beijing to use soft trade power whileaccumulating cash to build hard military muscle and buy allies around theworld.

With a few exceptions, Beijing is not having muchluck winning support in Asia. After all, that is the region that they seek todominate as the Soviet Union sought dominance in Europe. Japan, India, SouthKorea, Singapore, Vietnam and Australia are all solidly in the Americancamp. Their only real regional allies are pariah-like North Korea andRussia.

But elsewhere in the world they have gainedfriends and influence through a combination of investment, trade, loans, grantsand infrastructure development. Africa’s abundant natural resources havebeen successfully targeted with some $60 billion of investment compared to $16billion from the US.

In Latin America, the Chinese have stood alongsidethe Russians in backing Venezuela’s Nicolas Maduro, a move which has helpedkeep Trump from intervening in the troubled South American oil giant. InCuba, Beijing, has replaced the old Soviet Union as the island’s main economicsupport. Beijing took the unusual step of writing off a $6 billion debt and isnow Havana’s biggest trading partner.

The rest of the Western Hemisphere is in theAmerican camp. But Europe is being lured by Chinese cash and cheap manufacturedgoods. It is not as compliant as Washington expects or would like. The Greekshave sold Beijing a 51 percent stake in the strategic of Piraeus, thus givingthe China’s Belt/Road Initiative a foothold in the Mediterranean. In 2019the Chinese market was worth about $200 billion a year to the EU. Germany’sChancellor Angela Merkel has led the way in forging closer links with Beijing,visiting China 12 times in the past 14 years.

The German interest in improved relations withChina has been given a push by the erratic behaviour of PresidentTrump—especially his assertions that Germany is ripping-off American taxpayers.Threats about continued support for NATO; support for Brexit, tariffs onGerman goods and the withdrawal of 12,000 US troops have combined to encouragea German re-think.

However, the problem of China’s junior partner—thelooming Russian bear—plus long-standing NATO links makes it likely thatGermany, and the rest of Europe will fall into the American camp, albeit withsome hesitation and reservations. To that end, Britain’s decision toscrap its deal with Huawei and reassess its links with China were a win forWashington. The fact is that if the US failed to add the UK to its Sino phobicteam then it had little hope of persuading others to come onside.

Many people blame the Trump Administration for the current precarious state of Sino-American relations. They look forward to a Biden administration easing tensions. The fact is that relations between Beijing and Washington were souring long before Donald Trump entered the White House. He has exacerbated them with his tariffs and rhetoric, but just about the only bipartisan area of agreement in Washington these days is on China. Don’t expect a big change with Biden. Do expect the face-off to continue.