Not So Free or Fair Elections 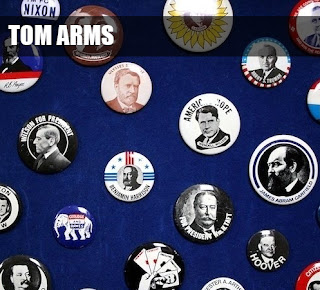 Elections are great. They are the cornerstone of liberal democracies. They ensure that the government has the support of the people so that the country can move forward.

Elections are great… IF (notice the capital letters) they are free and fair. Otherwise, they are an exercise in political hypocrisy designed to sacrifice the national interest to special interest groups—a sad, bad and ultimately dangerous road for the guilty politicos and the country they claim to represent.

There are several elements that contribute to making elections free and fair, including: Multiple parties representing a variety of political views; a free press; open debate; secret ballots; transparency in polling procedures; an absence of foreign interference and an inclusive structure which ensures participation by all members of society.

Of course, the absence of any or all of the above conditions doesn’t stop the less democratic rulers from staging polls and claiming the mantle of respectability that elections bestow. They are a sham; easily exposed as such and suffer the consequences accordingly. It would probably have been better for the rulers concerned to have not bothered with the vote in the first place.

The most recent dramatic example of a sham election is Belarus whereAlexander Lukashenko claimed 80 percent of the vote. There is no free press in Belarus. Virtually all of Lukashenko’s political opponents were thrown into jail before the election. Anti-Lukashenko rallies were banned. The ballot boxes were almost certainly stuffed, that is if they even bothered to count them. The result has been national chaos as tens of thousands have risen up to demand the end to Lukashenko’s 26-year-old dictatorship. Thousands have been beaten, arrested and thrown into detention. The electoral crisis in Belarus has sparked a foreign policy crisis as The European Union supports the Belarussianopposition and Vladimir Putin warns Brussels to back off.

Putin’s electoral record is also heavily tarnished. The restrictions are nothing like those in Belarus but “Russia,” as Melbourne University reports, “does democracy differently.” For a start, freedom of the press is a rapidly disappearing asset in the land of the Muscovites. But more importantly, is the handling of opposition candidates. If they become too troublesome they are imprisoned on trumped-up charges or simply “eliminated.” Elimination was the fate of liberal politician Boris Nemtsov who was shot and killed on a Moscow bridge in 2015. This week we learned that the oft-arrested and imprisoned Alexei Navalny is in a coma in Siberia after drinking, what his family claim, was a poisoned cup of tea.

Other countries’ claims to the mantle of electoral respectability are also suspect. Hungary’s Viktor Orban has described his country’s system as an“illiberal” or “managed” democracy. That is a generous self-assessment. Electoral observers from the Organisation for Security and Cooperation in Europe (OSCE) were less charitable. They pointed out that the campaign literature of the Orban’s ruling Fidesz Party was paid out of government funds; opposition access to the media was restricted and there was limited scope for political debate.

Of course, the world’s attention is currently focused on the American elections, not least because of the American claim to be the world’s showcase for democracy. There have been previously expressed doubts as to the efficacy of those claims, but never more than in 2020. Political pundits claim that the American electoral map is now spattered with Republican-organised gerrymandered constituencies to reduce the voting power of the Democrat-leaning ethnic minorities. Donald Trump’s attacks on the media (purveyors of “fake news” and“enemies of the people”) can be said to have undermined freedom of the press and there is the issue of Russian interference which refuses to go away despite trump's “hoax” claims.

Perhaps most worrying is the president’s implication that the Democrats will attempt to steal the White House through electoral fraud. He presents no evidence to support this which leads to the growing belief that Donald Trump is laying the groundwork for a groundless Republican challenge to the November election result. This belief was given added credence recently when the WhiteHouse spokesperson refused to say whether or not Donald Trump would leave theWhite House if he lost the election.

Trump’s supporters equate support for their president with the national interest. The danger is that the cult of Trump has grown so powerful that it could damage America’s electoral process with a knock-on effect elsewhere in the world.