Forgetting the past to control the future 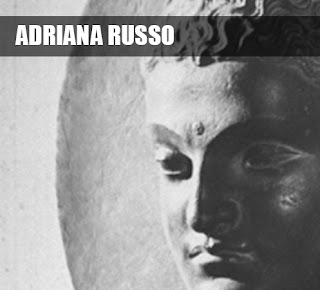 The new culture is the gain culture. From what do I gain more? What is the best opportunity to seize?
These are questions China and other countries are asking.

Culture, heritage, people, beliefs - everything is intertwined, and everything should be preserved, cherished.

Globalization, wars, and technology's development play a fundamental role in the loss of self-determination. But shouldn't states try to safeguard and maintain differences? After all, what make us humans is art, culture and knowledge developed through the ages.
States have the duty to preserve the past to make the basis for the generations to come.

So, what do states do? The UNESCO Conventions managed to create the legal framework, but it is in the hands of countries to take action. – which bring us the People's Republic of China. As a world leader it should seize this opportunity. Its culture is so varied it could create a safe haven for heritage preservation, but the reality is different.

In ‘autonomous’ regions like Tibet and Xinjiang, China is demolishing the richness of variety. Singular cultures are erased in order to create the common, unified Chinese culture. What minorities consider their own culture; the Party sees it as its own property – a minority heritage with Chinese connotations. China defines as its own all cultural expressions present within its borders. Therefore, each cultural is the property of the State.

The Tibetan oral tradition of the “Epic of King Gesar” is a striking example. It narrates the epic deeds of the hero Gesar descended from heaven to save the population of Ling from enemies and demons. He is depicted as a Buddhist icon but China appropriated the tradition by transforming the epic from oral to written. After being written in Tibetan, it was later translated into Chinese and subsequently deprived of Buddhist connotations, rendering it a hybrid cultural element.

It is well known what is happening to the Uyghurs population in Xinjiang. Their traditions are sinicized. Muqam and Meshrep, two traditions with a strong Muslim aspect, are being used by Beijing. After having deprived them of their traditional peculiarities of Muslim religion, the government now presents them as protected practices nationally and publicises them as its own Chinese practices.

In the Buddhist Institute of Larung Gar in Tibet, and the hundreds of Mosques in Xinjiang this “sinicization” is happening. Tibetan monks are forced to flee and Islamic shrines are torn down or closed to visitors. The regional traditions are modified, cut, then reattached to form the version of themselves acceptable to the Communist Party.

Is it ok that culture should be erased? Is it possible to put state economic and geopolitical objectives above people and heritage?
If China, and other states, continue to do so, in a few years there won't be any cultural difference to safeguard and the world will its attachment to the past.
Adriana Russo