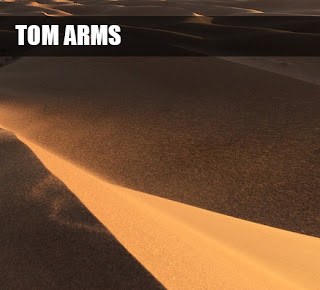 The recent establishment of diplomatic relations and business ties between Israel and the United Arab Emirates raises a host of questions, hopes, problems, issues and consequences.

Is it good or bad? In the constant shifting sands of the Middle East where tribal loyalties overlap with religious and ethnic rivalries, it is probably best to say that it is a bit of both, and the need for a supreme balancing act will continue to be the order of the day.

The UAE has at least partially opened the diplomatic floodgates and other Arab countries are expected to soon follow. It is reckoned that the next Arab country to establish links with Israeli will be the Gulf island kingdom of Bahrain. King Hamad bin Isa Al Khalifa was among the first to congratulate both Israel and the UAE on their bold move. The reason? Sunni king Al Khalifa is terrified of Iran. The Persians have long claimed the island as part of their territory, and 60 percent of the population is Shia.

Next on the likely list is Oman. The late Sultan Qaboos regularly acted as a mediator between Arab and Israeli interests. In 2018 he hosted a visit to Muscat by Israeli Prime Minister Benjamin Netanyahu. Omanis have been praised for their regional diplomacy, not only between Israel and the Arab world, but also between Iran and Arabia.
Sudan is another possibility. The Sudanese leader Abdel Fattah Al-Barhan and Netanyahu recently met in Sudan. Relations have slightly cooled since then, but cash-strapped Sudan is most likely to follow the money and US Secretary of State Mike Pompeo has dropped unsubtle hints that cash is available in return for diplomatic recognition.

The biggest question mark hangs over Saudi Arabia. Its long-standing enmity with Iran has pushed it into cooperation with Israel on intelligence and related issues. But at the same time, the kingdom’s role as custodian of the Islamic holy places and banker to the Arab and wider Muslim world, constrains their room for diplomatic manoeuvre. Saudi Arabia’s Mohammed bin Salman has the additional problem of large Shi-ite population in the kingdom’s Eastern Province.

The Shia versus Sunni conflict is these days running neck and neck and at times surpassing the Arab-Israeli clash. The quarrel is as much about ethnic, historic and cultural differences as it is religious. Since the 1979 Iranian revolution the differences have been complicated by Iran’s diplomatic volte face from staunchly pro-American to rabidly anti-American, and the regional leader of the anti-Israeli forces. The realpolitik truism “the enemy of my enemy is my friend” is a driving force behind Arab recognition of Israel.

It is also the reason why certain key Arab states will be last in line to accept accommodation with Israel. Iraq, Syria and Lebanon all have large Shi-ite populations. Shia dominance in southern Iraq led to the 1980-88 Iran-Iraq war and Iran has strongly backed Syria’s Alawite President Assad (Alawites are a Shia offshoot) in the civil war. In Lebanon, Iran provides a wide range of support to the Shia Hezbollah Party which now controls the border area with Israel and several key cabinet posts.

Diplomatic recognition of Israel by Arab governments does not necessarily mean acceptance by the general population. Egypt’s Anwar Sadat was assassinated because he established relations with the Jewish state. None of the Arab states are democracies or have adequate political structures that allow the views of the general population to be heard. The UAE’s decision to recognise Israel was made by a Western-educated, business-driven elite who are largely isolated from the fundamentalist populations they govern. This dichotomy is even more pronounced in Bahrain and Saudi Arabia and could lead to an Arab Spring-type instability.

Establishing Arab-Israel relations, does, however, provide the Arab world with a potential brake on Israeli policies. The UAE made it clear that its recognition was dependent on Netanyahu shelving plans for the annexation of the West Bank; which he has done although he refuses to abandon the project.

But at the same time, recognition also pushes both Iran and the Palestinians into progressively radical positions. They are increasingly being ignored by the guiding hand of American diplomacy. The long-held two-state solution has been jettisoned by the Trump Administration and Iran ranks alongside China as international public enemy number one. But neither the Palestinians nor the Iranians will disappear. Sweeping them under a Persian carpet will only create dangerous lumps to trip over at a later date.

Tom Arms is a regular contributor